Material choice is one the most crucial factors when designing and constructing a building. For this reason, a variety of man-made materials have been designed and manufactured in order to find the most suitable ones. Two of the most used materials in the world are concrete, which has a good resistance in compression, and steel which has good resistance in tension.  Although they can be tailored to fit closely the strength engineers are seeking, they require manufacturing, which can lead to expensive prices. For instance, in Haiti, concrete is cast with local sand, but with imported Portland cement. When it comes to steel, a local company “Aciérie d’Haiti” is providing it, but it’s not fully affordable to everyone. Consequently, people tend to build with insufficient steel and poor-quality concrete which contributes to increase Haiti’s vulnerability to earthquakes, hurricanes etc. That’s why, in January 2010, a 7.1-magnitude earthquake struck Haiti and killed numerous people and bring about a chaos in Port-au-Prince. Switching to a natural construction material such as bamboo would bring many benefits to Haiti. It does not require manufacturing and offers many good properties (tensile and compression strength, seismic resistance…) that engineers are seeking.  Thus, in a low-income country with seismic hazard like Haiti, instead of using steel reinforced concrete, bamboo reinforced concrete could be used. It would be beneficial for the construction field, the economy and the environment.

Bamboo provides a suitable replacement material for steel because it has good resistance in both compression and tension. Those two properties are among the most important for materials in the civil engineering field. Usually, concrete is used for its good compression strength which is about 25 MPa, and steel is used for its good tension resistance of around 400 MPa. Bamboo has a higher resistance in compression than concrete and about the same resistance in tension as steel [1] (p.22). This means, from a mechanistic standpoint, bamboo can be used the same way like steel as fiber composite reinforcement with concrete. Studies of Masakazu TERAI and Koichi MINAMI from Fukuyama University in Japan have studied the fracture behavior of bamboo reinforced concrete. This study is very important because at this point, there is no regulation for bamboo as a construction material. Six beams and 16 columns in both steel reinforced and bamboo reinforced concrete were analyzed. A load of 5MN was applied in tension and compression to the beams and column. After that, they compared the cracking behavior of each type and they found out that the failure mechanism is similar in both. The existing method of calculation of steel reinforced concrete can thus be applied in bamboo reinforced concrete. This finding is very useful, and shows that bamboo could have been used for reinforcement, which represent a good step in the right direction for bamboo usage in the market. This means a country like Haiti would not have to import steels, thus could foster its local production in bamboo which would create jobs for many citizens.

Furthermore, bamboo has good earthquake resistance. First, it has an inherent resistance to buckling. Buckling is the loss of stability of a column in compression due a load that is inferior to the compression strength of the column. During an earthquake, the columns of a structure tend to buckle, which if happened, lead to the collapse of the building. The natural shape of bamboo makes that less likely to happen. The nodes along its canes give it a certain resistance to buckling. Second, bamboo has very good flexibility which enables it to withstand earthquakes. Flexibility allows buildings to sway back and forth during the seismic solicitation. When a structure cannot move back and forth, stress is generated within it, thus more likely leading to failure of the material. Another important characteristic is the hole contained in bamboo cross sections which allows it to have a good inertia while maintaining a light weight. This is beneficial because earthquake loads are proportional to the structure dead load(weight). To illustrate, 20 bamboo houses withstood an earthquake in 1991 in Costa Rica while they were located near the epicenter [2] (p. 77). Additionally, according to the article of Matthew Power, in Discover magazine, studies show that bamboo construction is earthquake proof resistant. Several tests have been conducted on bamboo construction prototypes struck by a simulating earthquake of magnitude 7.8. As a result, the buildings were not substantial damaged. A 7.8-magnitude earthquake is among the most disastrous one in term of energy released in its hypocenter. But, because the buildings were made of bamboo, it was not catastrophic. These mean, bamboo has an inherent capability to deal with earthquakes. If bamboo had been the mainstream construction material constructions in Haiti, there would not have been such a chaos in Port-au-Prince in 2010.

Additionally, building with bamboo can boost local economies as it is more sustainable than steel, which requires manufacturing. In Haiti, steel is produced only in Port-au-Prince and has to be transported to remote areas, which leads to expensive prices, or poor-quality construction. But, with bamboo, this problem is solved because it grows almost everywhere in the world and rapidly, even in poor quality soil. For example, Guada Angustifolia which is a type of bamboo reaches more than three quarter of its height in 30 days [1]. Thus, if bamboo becomes the mainstream material in Haiti, it will be a good economical break for Haiti. To begin with, it will cut cost of construction, because bamboo is a local resource. This would be a good opportunity to create jobs for many people. Farmers would have an interest in cultivating it, thus thriving the economy of the countryside. Furthermore, as bamboo is cheaper than steel, it would contribute to reduce the rate of homelessness which is also a concern in Haiti. Many people can’t afford a house or even a shelter. As bamboo grows rapidly and in poor soil, poor people would be able to build their own shelter. Moreover, instead of importing from foreign country, Haiti would be able to export materials. Now, Haiti imports way more than it exports which is devaluating the national currency. By using bamboo, it would reduce its importation, thus contributing to empower the national currency. That’s why, using bamboo in construction can contribute in boosting Haiti’s economy.

An additional benefits of bamboo is its environmental effects. The ecological footprint of a good is the amount of natural resources needed to sustain it. As a matter of fact, the ecological footprint of bamboo is relatively low and represents a half of wood’s ecological footprint [1] (p. 11). Furthermore, bamboo has a very good ability to sequester CO2 in the environment. This means, cultivating bamboo contributes to CO2 reduction, which is a greenhouse gas responsible for pollution and global warming. Bamboo additionally has good benefits for soils. It retains water and reduce soil erosion by its root. Those abilities make bamboo environmentally friendly. In Haiti, environmental issues are disconcerting such as soil erosion, drought, forest cover lost. For example, a well-known fact in Haiti is that its forest cover has decreased from 95% to 5% after 1492 to the 21st century. This in turn is responsible for drought in many areas, and insufficient rains to water fields, thus affected the national production. If bamboo is planted widely across the country, its water retention capacity will contribute in solving soil problems.

Bamboo will easily be implemented in Haiti based on the actual context where the mainstream buildings in Haiti are 1 or 2 stories. Xiao et al. have conducted research [2] (p. 215) to design and construct a two-story bamboo house. Their design house has a foot floor of 230m2 and the height of each floor was ranged between 2.8-3.2 m. In regard to the materials, several tests have been conducted on the bamboo used to quantify their structural behavior. The finding of their study is that bamboo houses can be built by using the same procedure as for wood houses. In Haiti, wood is also widely used in buildings, which means the local skills for wood construction can be used in building with bamboo. In other words, actual technicians in wood construction could use their skills to build with bamboo, thus making bamboo’s implementation easier.

So far, bamboo has not been officially harnessed as a construction material due to a lack of regulations. Materials like steel and concrete have been used for a while, and thus have regulations and codes to follow when we are using them. These are very important because when we want to build, we have to follow the construction rules in the country where we build. That’s why further studies are required in order to have regulations enabling to use bamboo, which would be useful for Haiti and other countries in the Caribbean. Professor Kent Harries and Professor Ian Nettleship at the University of Pittsburgh are now conducting research to harness bamboo as a construction material. In this regard, tests will be made on local bamboo in Haiti, Porto Rico and in other countries in the Caribbean. The area of Camp-Perrin where there are plantations of bamboo will be the location of the project in Haiti. Those tests will be used to define the mechanical properties (resistance in tension and compression…) of bamboo in those countries.

After quantifying the mechanistic properties of bamboo, it will further be necessary to deal with its drawbacks. For example, bamboo is flame-resistant which means it catches fire with difficulty, but, it burns rapidly when it catches the fire [1] (p. 26). When a construction is sensitive to fire, it puts the occupants at risk. However, steel turns to liquid with high temperature too. In this situation, the columns of the structure tend to buckle which can lead the structure to collapse. This means, for fire performance, neither steel nor bamboo are the best. Another shortcoming of bamboo is its difficulty to be assembled, as joints are not easy to execute with bamboo. Additionally, it is very sensitive to insects, which is a detriment because in Haiti, due to environmental issues, there are tremendous quantity of insects in rural areas. Another disadvantage of bamboo is it sensitivity to wind. While its flexibility is useful for earthquakes, it represents a disadvantage for winds. In Haiti and other countries in the Caribbean, hurricane hazard is very high. In 2016, the hurricane Matthew struck the south of Haiti and destroyed countless houses in the countryside which were mostly built with wood. The sensitivity of bamboo to wind represents thus a barrier to its implementation in Haiti.  For these reasons, further studies are required to deal with those shortcomings in order to safely harness bamboo as a building material.

In sum, bamboo has many potentials which can make it a suitable material for Haiti. Its mechanical properties such as good resistance in both compression and tension, light weight, flexibility can be useful to build structures that can withstand earthquakes. Additionally, its capacity to retain water and sequester CO2 are useful in solving environmental issues in Haiti such as erosion, forest loss. Finally, one of the most important benefits of building with bamboo would be the economical gain. Farmer would be encouraged to plant it, thus revitalizing the national production which is very weak in this moment. However, bamboo has some drawbacks which can prevent it from being fully implemented. Its sensitivity to winds and insects, its bad fire performance, and its difficulty to be assembled can hinder its implementation. Therefore, further studies are required to fully harness this material and leverage it to rebuild a safe Haiti. 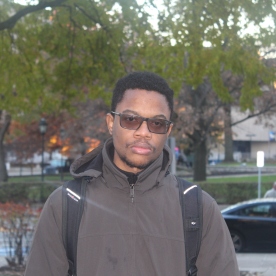 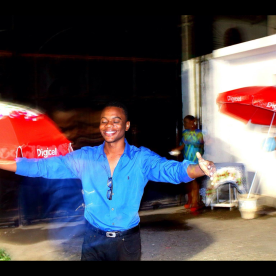